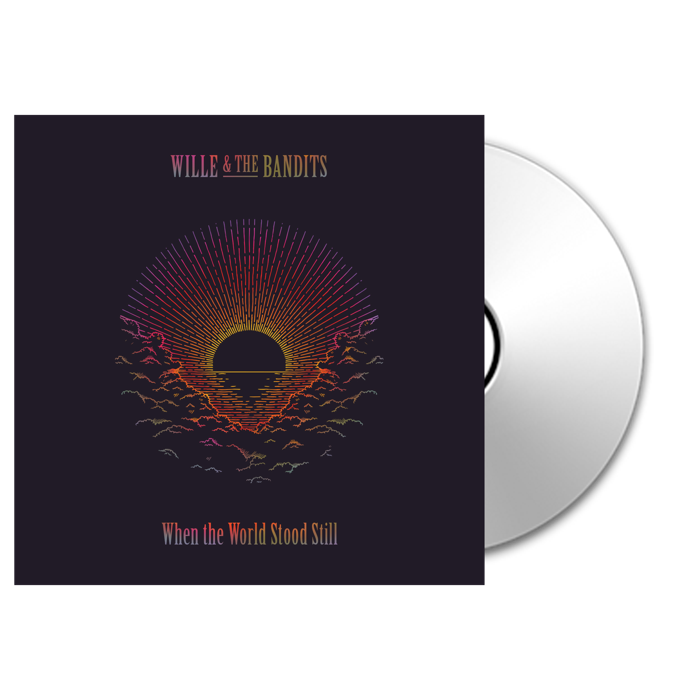 When The World Stood Still | CD

The album that documents a time "When the World Stood Still", recorded in a place only accessible on the high tide, on the banks of the river Fowey; One of Britain's most iconic recording studios that is coming to the end of a influential life. This could be the last album recorded at Sawmills, by a band who are considered one of the most exciting and successful independent acts in Europe.

Wille and the Bandits are a band who do not stop pushing boundaries. They were in the process of carving out a reputation as one of the UKs most original acts when the impacts of the Pandemic led to a ceasure of touring. Wille and the Band got stuck into songwriting and an album was written; A group of powerful anthemic songs, who's melodies and lyrics resonate with the emotions of a time that none of us expected. To do such an album justice it needs just the right kind of studio, and just the right kind of producer.