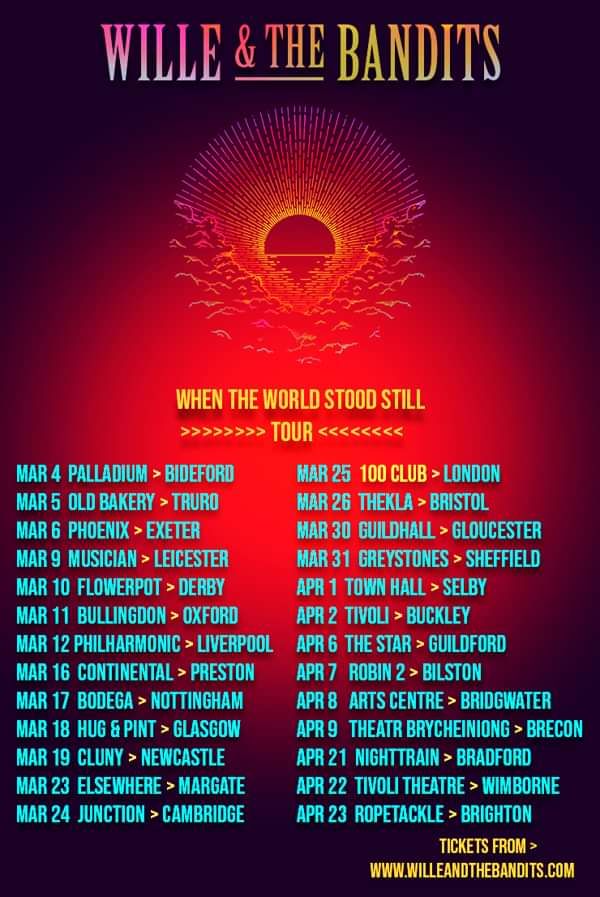 Wille and the Bandits + special guests

Wille & the Bandits are hitting the road for their 26-date tour of the UK with a brand new album and a live show that will make the 2 year wait worth every second. Everyday of this touring hiatus has given the band new energy and ideas that will only serve to add to the dynamism and creativity that the band channel to their audience.

The “When the World Stood Still” tour will follow the release of the Bandit’s highly anticipated album of the same name; An album that documents a moment in time that the whole world will never forget, a time where each person on the planet has felt repercussions in one way or another.

The album was recorded in one of Britain's most iconic recording studios, Sawmills, with one of its most talented producers, John Cornfield. This coupling has, in the past, produced some of the most ground-breaking albums of the last 30 years – Stone Roses (Fools Gold), Oasis (Definitely Maybe), Supergrass (In it for the Money), Robert Plant (The Fate of Nations) and Muse (Showbiz). Wille & the Bandits “When the World Stood Still” sits comfortably with these albums.